All the planets in our Solar System orbit around the Sun. Planets that orbit around other stars are called exoplanets.

Exoplanets are very difficult to see directly with telescopes because they are hidden by the bright glare of the stars they orbit.

Because of that, astronomers started using other ways to detect and study these distant planets. they search for exoplanets by looking at the effects these planets have on the stars they orbit. In other words, they look at the "shadow" of the exoplanet. 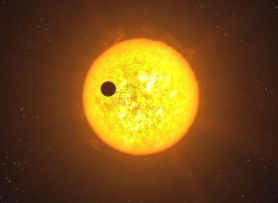 That is affirmative. In 2009, NASA launched a spacecraft called Kepler tolook for exoplanets. Kepler looked for planets in a wide range of sizes and orbits, and these planets orbited around stars that vaired in size and temperature.

Some of the planets discovered by Kepler are rocky planets that are at a very special distance from their star. This spot is called "the habitable zone", where, as it name says, life might be possible.

Kelper detected exoplanets using the transit method. As the planet transits in front of the star, it blocks out a little bit of the star's light. In other words, we'll see that star a very little less bright than before.

Astronomers can observe how the brightness of the star changes during a transit. This helps them figure out the size of the exoplanet.

Take a look to the different methods that are used to investigate planets. There you'll perfectly see and understand how each method works and how it is created the light curve of a star.

Acording to Laboratory for the study of exoplanets, this would be the lightcurve of the star HATP10. 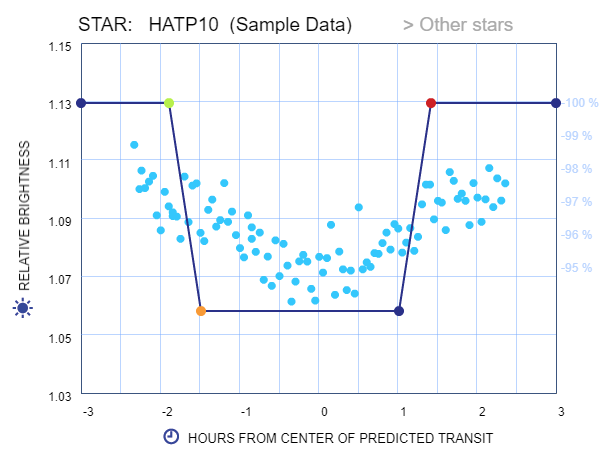 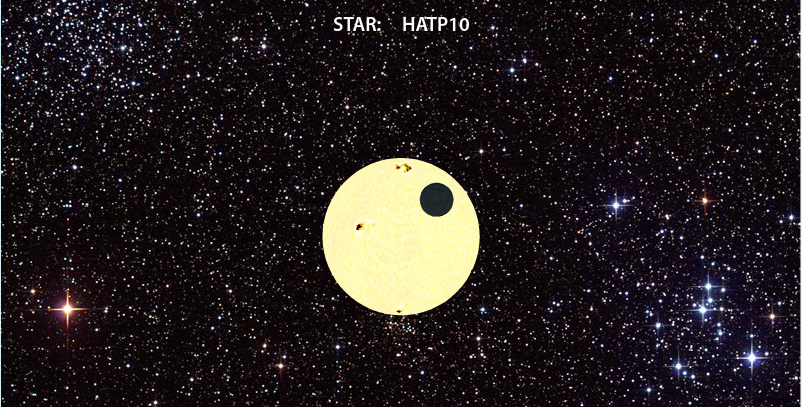 With all this information I found I could search for one exoplanet and figure out the size of its star.

I searched for my own the existance of GJ 3998 b, an exoplanet which orbits the star GJ 3998. Here ou can see and manipulate a 3D model of the exoplanet and the star. The star is located in my constallation, Ophiuchus, and it was discovered in 2016. According to Laura Affer, the graph below shows GJ 3998 b light curve. 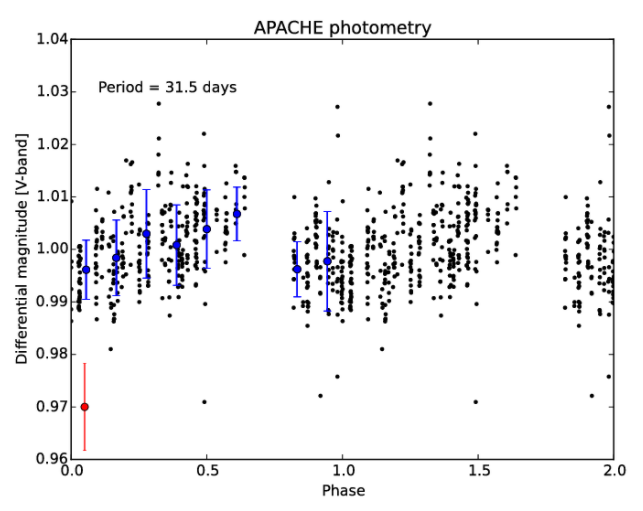 I've also found this graph from Laura Affer and other scientifics of the same article. If we look carefully, we can see that both graphics are similar. 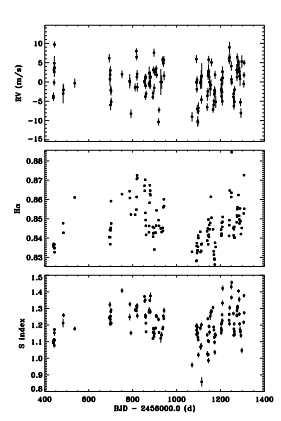 According to Exoplanet.eu and Laura Affer and others: 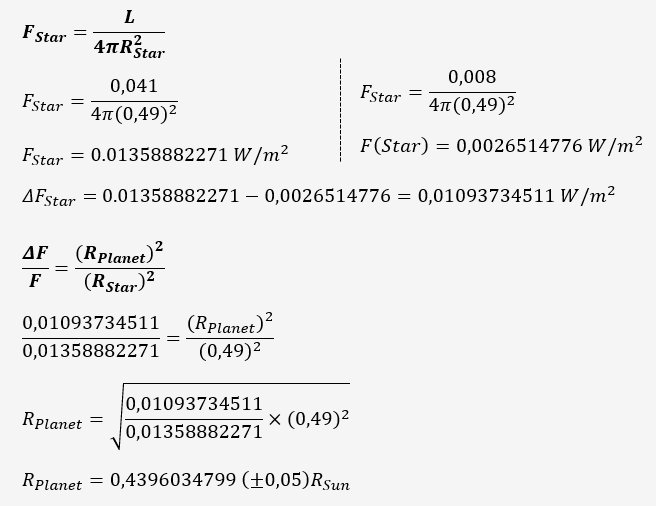 Acording to Pat Brennan, the mass of the exoplanet is 2.47 Earths and the radius of the orbit is 0,029 AU. If the data is correct, we could find out the speed of the planet using the formula given by the Laboratory for the study of exoplanets: 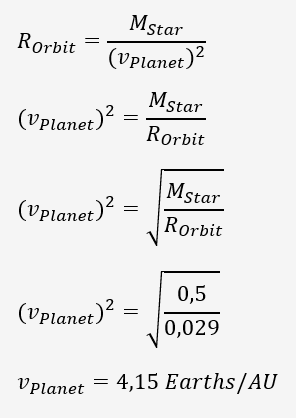