A cepheid is any class of variable star whose very regular light variations are directly related to their intrinsic luminosities and whose apparent luminosities are used to estimate distances in astronomy. 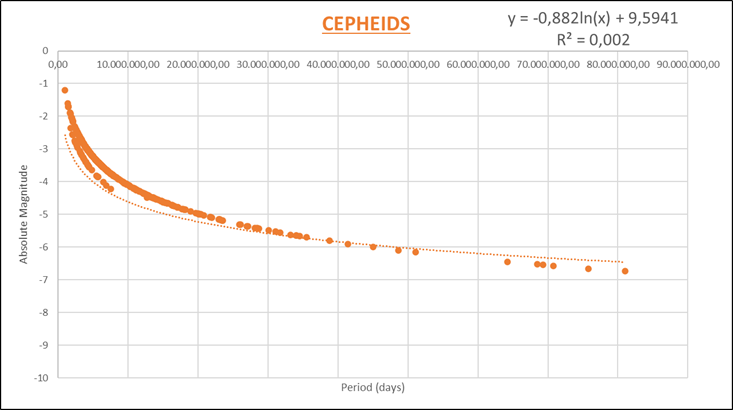 The formula I got from making this graphic (shown in the same image) has nothing to do with many I've seen in other sources, as it could be scientific articles, or even the book of ESA/ESO.

An interesting fact that I found during my investigation is that some cepheids have more than simply one period. I don't really think it is possible, because it is not normal a cepheid having more than one precisely period to move: if the cepheid had more than one period, it wouldn't start form a point (Xo) and finish at the same point, but it would follow more than just one rute and would be changing its position (Xf) continuously. Furthermore, I'd never listened of a Cepheid having multiple periods. However, I made a graph with the data I had only to see if it could make sense. Unfortuanetely, I lost my source of these data, and I haven't been able to find it again.

Below you'll find a graphic which shows the relation of the different periods and the MV (magnitude) of the cepheid V4777 Oph in case that it could be possible. 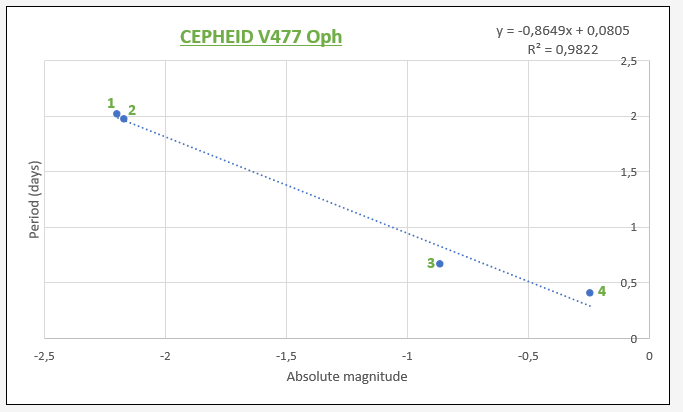 To do my calculations I've used the formula from ESA & ESO book. 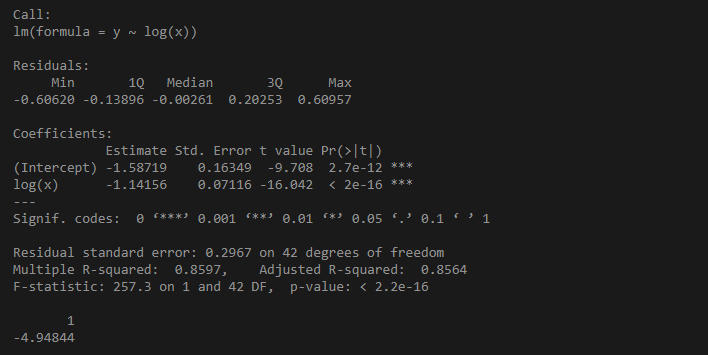 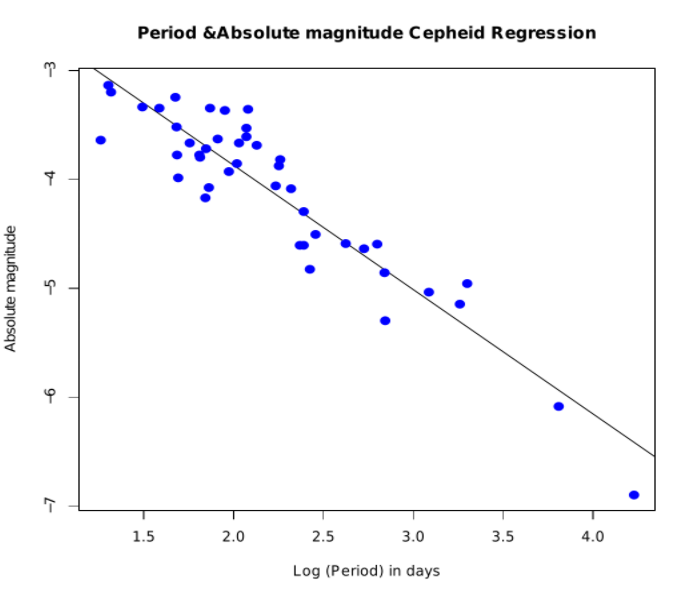 As you could see, there's not a straight line formed by the cepheids, but there are scattered all over the graphic. The reason of that is because there exist two types of cepheids: 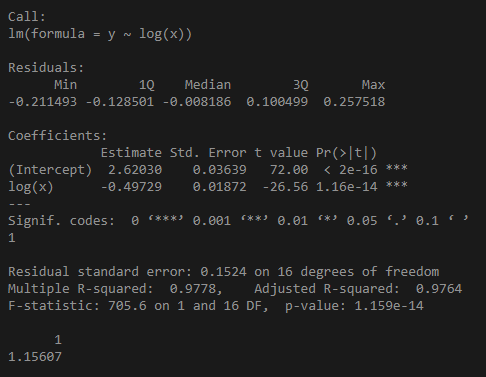 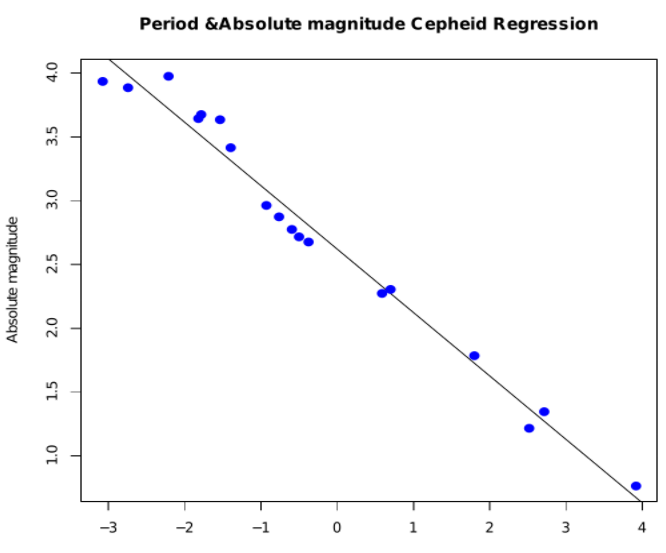